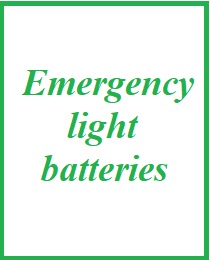 Custom block displayed at the left sidebar. You can put your own content here: text, html, images, media... whatever you like.

here are many similar sample content placeholders across the store. All editable from admin panel. 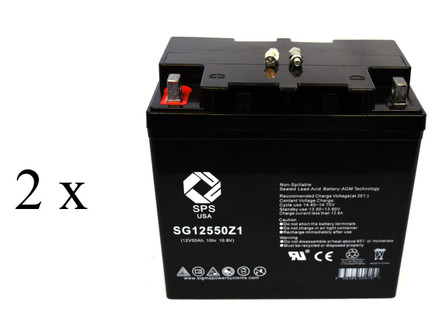 The replacement battery set supplied by Battery Consulting for 21st Century Scientific Bounder Group 22NF scooter consists of TWO 12V 55Ah batteries, from Sigma Power Systems.  The part no for each battery is SG12550Z1.  Z1 terminal is a thick post with nut and bolt to handle higher current required by heavy duty Wheelchairs .  Using thinner posts can result in higher heat during charge and discharge cycles and can cause damage to the post seal and result in lower battery life.  Also the posts are designed for with safety in mind.  This post are surrounded by the thick plastic cover.  This will provide additional safety during installation and operation.   This helps to reduce the accidental shorting of the terminals by the tools or other parts in the wheelchair.   get best price and with highest quality.  Each battery in this high capacity replacement battery set for 21st Century Scientific Bounder Group 22NF scooter has the following features.

This is a SLA (Sealed Lead Acid) battery with rechargeable capability. Positive plate of 21st Century Scientific Bounder Group 22NF scooter battery high capacity battery is made up of lead di-oxide while that of negative plate is made up of lead. Positive and negative plates of the battery are separated by a glass mat.  The electrolyte for this SLA battery is sulfuric acid, with the specific gravity of 1.300.  The electrolyte is absorbed in the separator, glass mat.  Hence it is called “AGM” for this battery technology.

Each high capacity battery in 21st Century Scientific Bounder Group 22NF consists of six 2V cells. These six cells are connected in series internally to give 12V.  The case material is ABS plastic.  The Cold Cranking Amp (CCA) rating for this battery is 246A.  This battery has a nominal capacity of 55Ah at 20 hour rate. This means if you discharge the battery from a fully charged state at a current of 2.75 Amp (20 x 2.5 = 55) it will take 20 hours to reach the end of discharge voltage of 10.5 V.

12V 55Ah battery is used in many different applications like wheelchairs, scooters, Uninterruptible Power Supply (UPS), emergency lights, and security systems and also in solar applications.  Generally SLA battery design life is about five years at 25 C or 77F.  When the temperature of operation is high then the battery life will be reduced.   Also number of times the battery is charged and discharged will have an impact on the life of the battery also.

Higher temperatures will cause higher rate of grid corrosion and hence reduction in battery life.

Cycle life of the 12V 55Ah SLA battery is about 250 when discharged to 100%.  Shallow discharge conditions will increase the cycle life.  At the end of life is considered when the battery capacity reaches 80% of its original capacity.

This product hasn't received any reviews yet. Be the first to review this product!